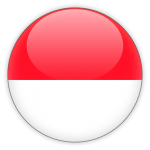 In early April 2017 an important taxation agreement between Monaco and Italy came into force and, as a direct result, Monaco now appears on the Italian ‘white list’ of tax compliant jurisdictions. The Agreement gives rise both to opportunities and challenges for those individuals who fall within its scope.
In March 2015, Monaco and Italy concluded the terms of the Agreement for the exchange of tax information between the two jurisdictions. However, it was not until earlier this month the Agreement completed the formal ratification process by the competent authorities in both Italy and Monaco.
With ratification the Italian authorities can request their Monaco counterparts to provide information on individuals who are Italian tax resident and who hold assets in the Principality. Furthermore, both states have the possibility for their respective tax authorities to conduct a tax audit in the counterpart state.
The Agreement also seeks to avoid the double taxation of income and also defines the concept of ‘tax residence’ in the two states.
The Agreement is an important change for those individuals who are tax residents in Italy and Monaco with economic interests in the other jurisdiction.
The Agreement should be seen in the context of the introduction of automatic exchange of information on financial accounts which came into effect on 1 April 2017 between Monaco and the European Union, including Italy. For more info please do not hesitate to contact us writing an email to info@yachtwelfare.it.