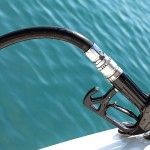 The rumors spread in the last days by the operators in the yachting industry about the taxations in Italy on the fuel taken for a charter are just hot air.
We have been officially noticed that the Circular No.10/D Reference Number RU 67167, raised by the Italian Customs Office (Agenzia delle Dogane) on 14 July 2014, goes in direct conflict with the EU laws and rules for what is concerned to the operations of import/export and purchases between EU/EU and EU/non-EU nations.
Many of the local Customs Offices (e.g. Viareggio, Sanremo, etc.) are already not adopting this rule.
In all cases, if for any reason the new rule will find application into the Italian law, the yacht importation (in total exemption of VAT) will be the most valid solution which will put all non-EU ship’s owner companies in the position to get duty free fuel in Italy.
In fact, in accordance to Art. 68 from DPR No. 633/72 and on the base of the Official Questioning 95/E from 14 March 2008, which clearly states that: “Pertanto, l’acquisto o l’importazione di navi da diporto dotate delle caratteristiche di cui sopra può avvenire in regime di non imponibilità, ai sensi del già citato art. 8-bis, a condizione, ovviamente che le medesime siano effettivamente utilizzate dal soggetto acquirente in attività di noleggio come previsto dalla normativa in materia (…) “ it is limpid that the importation practice is not subject to taxation. This means that if any non-EU ship’s owner company needs to import its yacht in Italy no VAT will apply on the yacht’s declared value.

For any additional info please call or email us at info@yachtwelfare.it.